Yayoi Kusama arrived in New-York in 1957. I’ve always been fascinated by accumulation and repetition in visual art. The works I selected here are my favorites, they are part of the exhibition set at the Whitney Museum.

From the « Infinity Nets » paintings to the « Accumulation » works (all shown below) you see the beginnings of the « dots », of the happenings and the « self-obliteration » concept. You imagine the struggle the artist had to do to make a living from her work (being an ‘outsider’, an artist and independant asian women in the seventies in NYC was not easy).

I spent a lot of time contemplating these paintings below.

These paintings (above) are part of « Infinity Nets » series, first exhibited in 1959 and first success of the artist in America and Europe.

These large-scale paintings are iterations of the same gesture, obsessive and meditative, a subtle movement of the wrist.

Below, Kusama’s drawings and notes 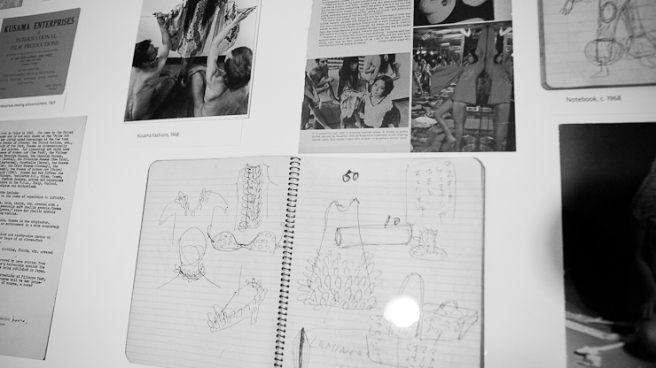 A letter from painter Georgia O’Keeffe admired by Yayoi Kusama

Adam Weinberg, director of the Withney museum (during the press conference)

Above, David Kiehl, curator of the exhibition (during the press conference) and in the background M. Yves Carcelle

At the beginning of the sixties Yayoi Kusama began a new body of work, the Accumulation sculptures. The artist use her complexes and fear as subjects, the phallus or the industrially producted food (macaroni).

« I make them and make them, and then keep on making them, until i bury myself in the process. I call this ‘obliteration' » (Yayoi Kusama, Infinity Net) 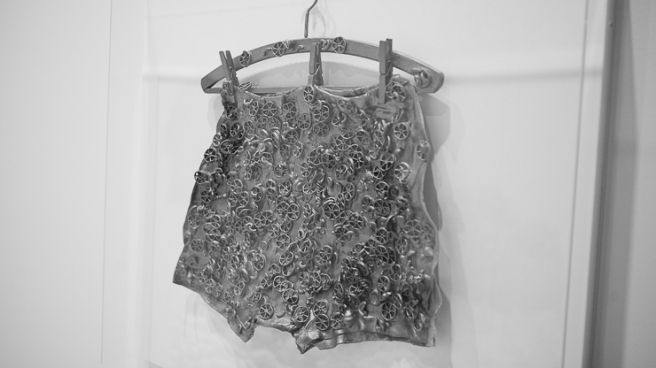 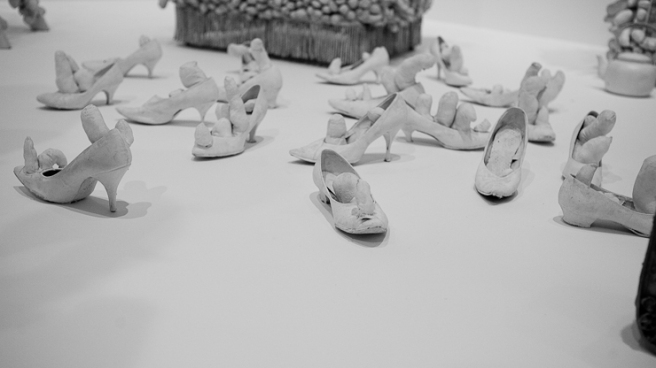 At the end of the sixties, Kusama is well exposed in the art world, but not fully accepted. The socio-political world was changing (think Vietnam, civil rights movements, the end of Swinging London, may 1968 protests in France), she must find a new way of keeping interest on her work. She started to make happenings and performative experimentation, perfectly connected with the rising hippie scene.

In 1969, Yayoi Kusama open a clothing boutique to sell her fashion designs. Most of the garment were covered with polka dots (remember the Louis Vuitton’s pop-up store?) or sexually daring.

In the early 1970, über exposed, depressive and suffering from increasing pressure, Yayoi Kusama returned home and started a new era of works.