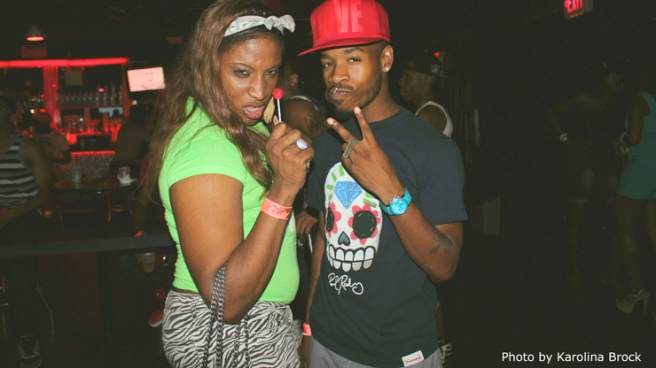 Two of the guest at New York Voguing club Escuelita

When i was in New-York city this summer i met my dear friend Karolina (dancer and designer), the one who brought me in this club. We were talking about a book dedicated to voguing: « Voguing and the House Ballroom Scene of New York ». Completely into street dancing Karolina gave me the whole story.

Fascinated i ask her to write a article about this moment of street culture, this a double post about it.

I guess it is fair to say that people in general connect Vogue or Voguing with Madonna and her song « Vogue » from the beginning of the 90’s. What Madonna did and still does is what might be her greatest skill; she highlighted an underground movement and showed it to the world. But she never was and probably never aimed to be part of these underground communities she « discovered ».

The last past years Voguing has gone through a revival at least when it comes to the fashion and dance scene. It is part of our time to commercialize underground creativity and it is fashion forward to be inspired by it. When someone like Rick Owens plays typical « voguing music » by underground artist Zebra Katz at his show (AW12) it is automatically accepted, hyped and spread by the fashion world, as well as by other medias.

The voguing scene on the other hand is not really affected by this. It has been around since the 70’s with roots that goes back almost hundred years in time. Voguing developed in a New York African American and Hispanic gay community and was a form of social survival in a society one felt excluded from. The voguing community is playing with set normes and our society’s stereotypes and codes. It has its own social structures and it is within the community its members mainly want to win respect, prestige and climb the latter, be legendary!

World famous Waacking dancer Dallace Zeigler visited Escuelita, danced and won a voguing battle for the first time in her 30 something long career

Drag queen ballrooms (balls) existed in New York already in the 1920’s. It was about dressing up in extravagant outfits and show it off. In the 70’s and 80’s this evolved into what we today call Voguing. This happened in the form of battles where the main goal was to win Grand prize. Model poses were added to the runway walk and influenced by martial arts and acrobatic movements voguing started to develop in different dance forms and runway styles. 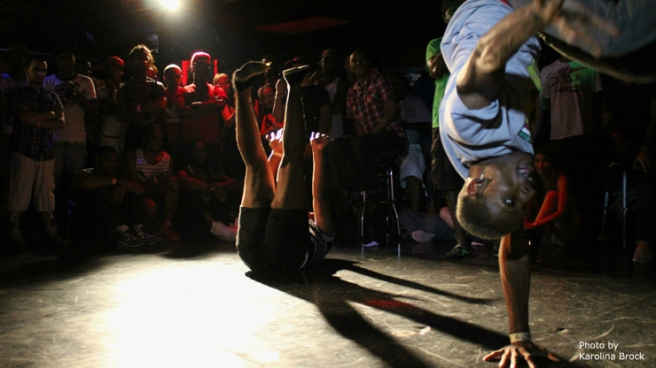 It was a quite cruel and hard enviroment where this took place and the battles were sometimes a way of picking a fight on the dance floor. It happened that people brought weapon to be able to defend themselves. The balls or battles often started in the early hours of the morning when the « girls » got off work, prostitution was quite common, and continued into the day after. The battles were all about reputation but also about survival since there was prize money involved.