Here is the following of the article about voguing proposed by my friend Karolina Brock, read the first part here

This is the in every ball there are many different categories to compete in. A part from the dance formes like « Old way », « New way » and « Fem Vogue » for example, there are different types of Runway categories: Realness, Female figure and All American to name a few.

Within Realness there are different themes to compete in from « business man » to « school boy » and « supermodel ». When you enter the Realness category you are not just supposed to imitate a persona you are supposed to be it, an act that put your interpretation skills and sense of style to the test.

For a couple of minutes on the catwalk back in the underground scene during the 80ies this was an important part of the scene since one could be a part of a life that was unaccessible outside the doors of the ball. If needed clothes and outfits that were too expensive to buy were stolen.

The « houses » within the community became the new families of young gay guys who sometimes were homeless and cut off from their original families. The « father » and the « mother » of each house guided their « children » in life as well as in voguing battles where they competed in the name of the house.

House of Labeija, House of Yves Saint Laurent, House of Extravaganza, the houses were inspired by the big fashion houses. The balls, the community and the houses still exist. The scene has expanded and opened up and it is not seen only as a gay community scene today.

Trained dancers all over the world are becoming part of the scene and compete, at least in the bigger balls.

Willi Ninja and the House of Ninja

There are many great names to be remembered. One of them is Willi Ninja the founder and the original « mother » of the The Legendary House of Ninja, who died in the suits of AIDS in 2006. Willi was a naturally talented dancer and wanted to reach out beyond the community and spread and develope voguing as a dance and art form, which he also did.

His name was recognized by media and Voguing was featured in collaboration with TV, fashion and music. Today members of The Legendary House of Ninja, as well as members from other houses, are travelling the world within the dance scene spreading the knowledge of the dance and recruting members in different countries. 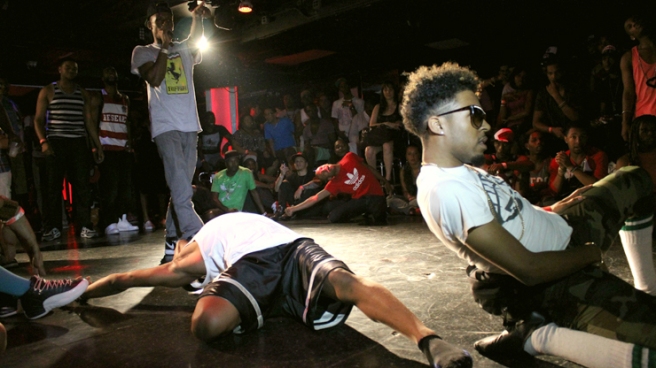 Going to a voguing club or ball today the scene is still dominated by a gay and transexual crowd. Last time I went to a more underground ball someone asked me if I was « real ». Me and my girlfriend were the only « real » girls there but the place was full of beautiful women along with gay guys and very masculin thugs.

To the rythm of the MC’s almost monotonic way of repeting words and expressions the voguing dancers throw themselves out on the dancefloor with a diva-like confidence. It is all about outshining your component and giving shade*. As Benny Ninja, the present « father » of The Legendary House of Ninja, once said to me, voguing is making the music three dimensional. As a voguing dancer on that dance floor you love and accept what you got and then you work it.

* To give shade is an attitude which is a diva-like-way of showing your superiorness. Almost like saying « I don’t have to tell you you’re ugly cause you already know you’re ugly ».

A tips from my Old way voguing teacher, Cesar Valentino:

An upcoming star, Javier Ninja, part of a younger generation of The Legendary House of Ninja and has been dancing with Madonna:

Paris is burning is probably the most famous documentury about Voguing. 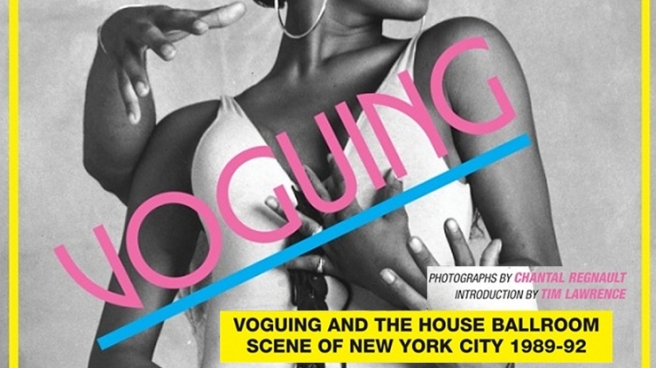 —
Texts and photos by Karolina Brock