Discover the Espace Culturel Louis Vuitton, as many big fashion houses Louis Vuitton is making his way into the art world.

Created in 2006, the Espace Culturel Louis Vuitton presents the different stories of the brand through a contemporary artistic eye.

The actual exhibition is about « Turbulence » a word also attached to the art world as soon as Leonardo da Vinci was the first artist to take interest in this phenomenon. The italian painter observed and reported meticulously the differents states of this random movement (with illustrated swirls and curls…).

Then at the dawn of the XXth century artists like Calder or Tinguely created mobile whose movements was conceived as matter-time.

Today mixing new technologies and more primitive ones, artists from different horizons can explore new fields of Turbulence and give birth to specific works. This fantastic exhibition brings the creations, all radically different of eleven artists.

If like me you love crossover exhibitions where art meets science and technology you surely may not want to miss it!

Below is my favorite works, from german artist Jorinde Voigt, her drawings are like a network of words and numbers made as her brain was in a turbulent state of mind. 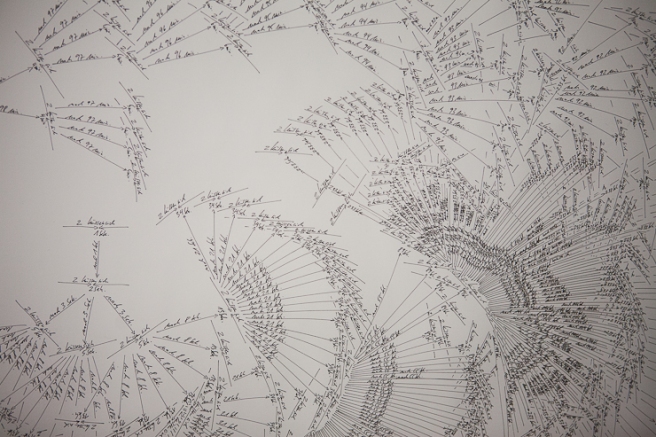 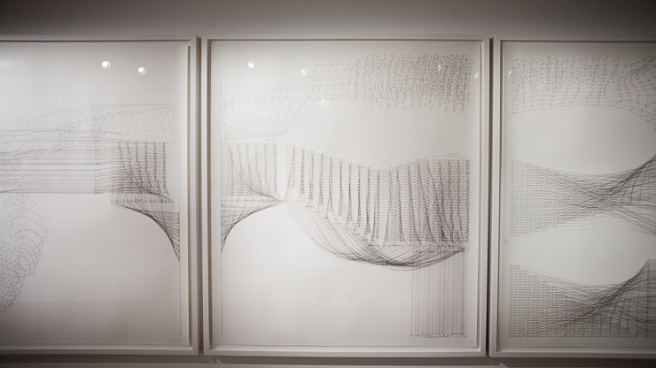 Below between fascination and repulsion, the living sculptures of the graduated in physics japanese artist Sachiko Kodama reminds me the works of swiss artist Giger.