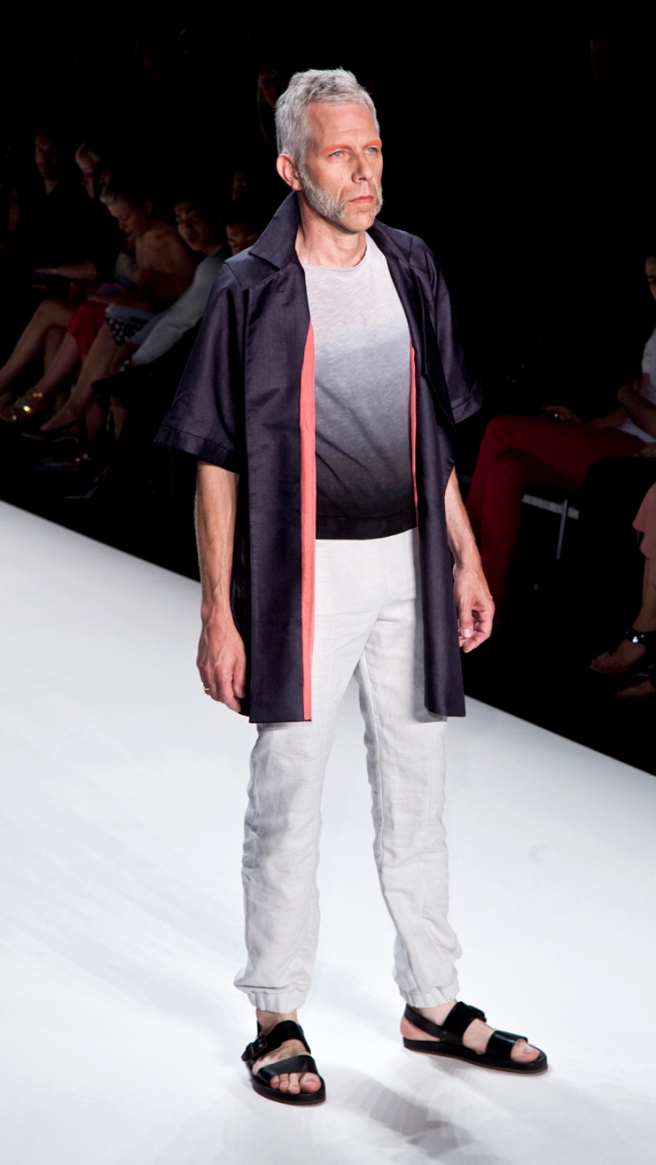 Was that one collection or two? Sure, there was something of an 80’s vibe that ran throughout but it wasn’t really enough to hold the whole thing together.

Success came in the form of sportswear, the brightly coloured gym shorts had a Californian beach feel, as did the vests and tees they were matched with.

I really liked the way Hannes Kettritz cut the patterns, creating interesting shapes and incorporating concealed pockets. The same can be said of the bomber jackets, particularly one in grey suede with dropped notched lapels I would have stolen right off the models back. But then there was the tailoring. The broad shouldered, boxy cuts wouldn’t have flattered a cardboard box. When made from shinny twisted yarn fabrics the inspiration appeared to be Elton John – if he had taken a job as a bingo caller. 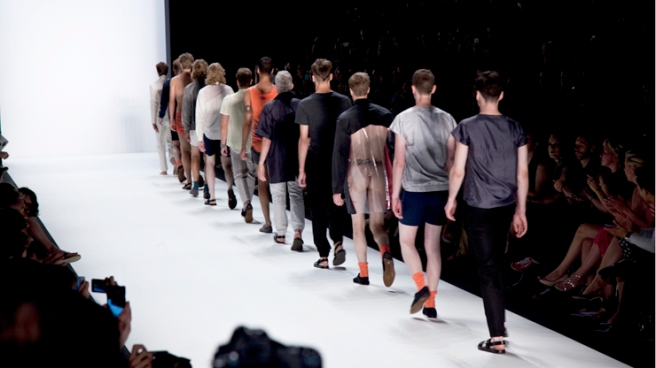 Towards the end, as I noticed amused expressions (or bemused maybe?) spreading along the row of faces beside the catwalk, I thought other people were as confused as I was. Then the model turned around, revealing his raincoat had a clear plastic back and that he wore absolutely nothing underneath. This surely wasn’t the same show we started with? In one sense only, was I glad to see the back of it.